I awoke to my second day of India and waited. I waited for infection to present itself. I waited for the outcome of contamination. Watching the peeling paint on the stained ceiling of my hotel room for several minutes I waited. I was finally led to the conclusion that nothing was going to happen. India was not going to eat me up like a flesh eating parasite, I was not going to die from ingesting the food. I would survive. 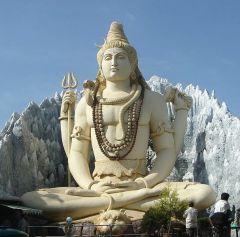 Survival, tick. Prosperity, not so tick. Sloshing about in the throngs of Delhi ignoring the weighty baggage I’d accumulated since birth wasn’t exactly going to get me that tick either. I had been lazying about long enough and it was time to find a way to offload my internal cargo. I couldn’t think of a better place to do this than exactly where I was, in the land of spirituality. There, I could stretch out my mind, body and soul with a splash of Indian inspired yoga, meditation and whatever other unknown obstacles or paths this country could throw at me. I pledged to keep an open mind and try anything new that hinted at a promise of internal peace or development. But it wasn’t only internal baggage I had been gathering I had collected a husband along the way too and I wasn’t sure how this development was faring in the whole scheme of my journey. I was stuck somewhere between a loss of freedom and a love of sharing. I had already escaped the partnered life to build up my strength, independence and confidence but had this new circumstance brought with it a new idea about what was most beneficial to my objective. It was nice to have someone by my side to share half of the travel burdens but nice was never going to lead me to greatness. I loved traveling with Morgan but I had to consider the underlying purpose of my journey. I was starting to feel like I’d lost sight of my aim and control of my destiny. Or maybe I was being silly fiercely adhering to my original plan, I had after all found someone whom I loved being around. 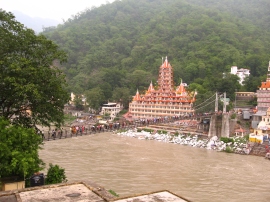 I decided to ponder my predicament in the world’s capital of yoga, Rishikesh. Perched on the banks of the holy river Ganges it was the perfect town to host the beginning of my spiritual excursion. Opening with an icy dunking in the rivers waters to wash away my sins, I then sought out some yoga. My first class took place in a stuffy, damp and space deficient room and exhibited a lack of safety and yoga mats. It was a far cry from the Westernised version held in spacious digs on polished wooden floorboards and abundant with props and cautions of bodily harm. The unfamiliar breathing exercises had me clinging to the words “keep an open mind, keep an open mind”. My first meditation lesson didn’t fare any better, the short, long haired guru led the class, made up of Morgan and myself, by pressing play on an old VCR machine, the static crackly voice of an American guy did nothing for my ever wandering mind. I expected more from the birthplace of yoga and superpower of spirituality and I was fairly disheartened by my initial experiences. I decided to move on from Rishikesh and see if the Dalai Lama could give me some baggage relief. 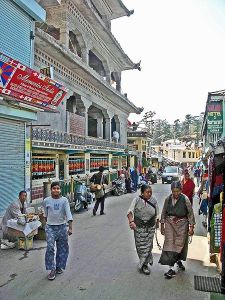 After missing our train stop and traveling several hours through native marijuana forests in the wrong direction and back we hit the Dalai Lama’s residence. A peaceful mountain town called McLeod Ganj. It was was occupied by Tibetan refugees, tourists and a gentle Buddhist energy. I braved, numb bummed, through 5 days of His Holiness’ Bhuddist teachings, translated through a cheap radio and while the wise words of the Tibetan leader rung true it was difficult to integrate these ideas into real life. I played with the stray but healthy puppies, taken care of by the monks and did some early morning speed walking exercise to tone down the ever expanding ‘stop smoking’ mid drift flab. I also continued my daily yoga with classes that were a little more akin to the style I was used to (ie. we used yoga mats) but that I followed by sight as the teachers thick Indian accent had me searching for the goat I was supposed to be connecting with.

The tranquil atmosphere and fresh mountain air provided tonnes of deliberation time and after looking at my situation from every possible angle I finally came to a spousal conclusion. I had decided to divorce my husband for the life of solo travel. I was devastated. I was scared. But I knew I was following the right path.

I'm on a journey, throwing caution to the wind and fulfilling my dreams.
View all posts by dreampursuit →
This entry was posted in Dream chaser and tagged Dalai Lama, decisions, Delhi, dreams, Ganges, life, McLeod Ganj, Rishikesh, travel, Yoga. Bookmark the permalink.

4 Responses to The right path